It is said, Berlin is not Germany. This city with its special history seems to be an autonomous island in the midst of a rural „nothing.“ Today, people from 190 countries live here and characterize their coexistence. With only 4 million people, Berlin is one of the main cultural centers of the world, artists from all over live here – tendency rising. 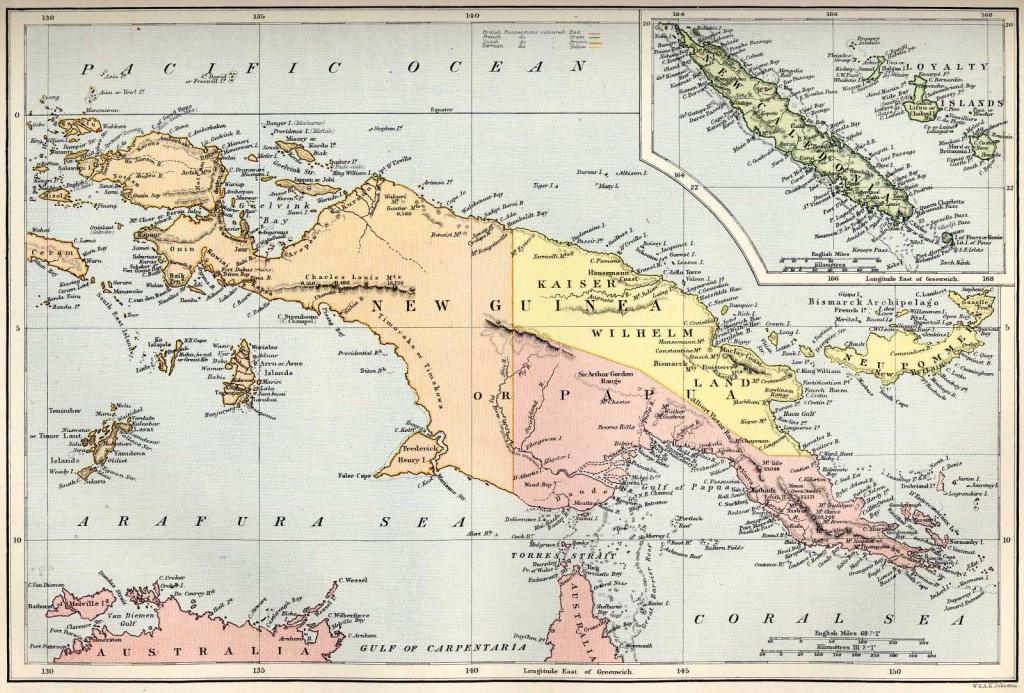 The island nation of Papua Niugini with its more than 700 languages is considered as a cultural metropolis of the Pacific region. A long shared history connecting Berlin and Papua Niugini. German business men, missionaries , adventurers, do-gooders and dreamers moved here, some of them came from the city of Berlin. 1914, shortly before the outbreak of the First World War, and at the end of the German colonial era , the two German artist Emil Nolde and Max Pechstein traveled to the islands of the Western Pacific. Served their artistic research the aesthetic exploration of unknown worlds, and its (unilateral) mediation for an educated audience in Europe, the objectives of a German travel 100 years later are taken differently: Encounters with artists, activists of environmental protection, cultural preservation and – development, gender, social engagement.

The confrontation with artistic expressions of other cultures influenced significantly the development of the visual arts of the West in the twentieth century. Factors such as adaptation and alienation, projection and transfiguration played an important role. This raises the following question: today, in the age of unlimited communication and travel, can the visual arts be a lingua franca for intercultural encounter? The special setting of the project directly addressed this question and its pre-history . Not the direct encounter between the artists is in the foreground, but the art itself. Can the art be „read“ in the other country? How can the contents and aesthetical form findings made more transparent through workshops and presentations?!

The exhibition „German 1914 / Papua Niugini 2014“ will take place at the National Museum in Port Moresby, Papua Niugini and at the Municipal Gallery Project Space Alte Feuerwache Berlin, Germany. It shows shows specifically for this project realized videos, performances, sound works, installations and paintings, it presents signs / traces of the encounter while workshops, talks and studio visits. An information area gives an insight into the common cultural history, from the earliest colonial times to the present. First, the contributions of the German artists will be developed in Berlin, then Alfred Banze and Marion Struck-Garbe will bring them to Papua Niugini. There, the process continues with the artists from Papua Niugini, including the German contributions.

Topics:
1. Can the visual arts of today be a lingua franca of the intercultural encounter?
2. The culture of Papua Niugini influenced significantly the visual arts of the 20th century, for example, Expressionism, cubism, and surrealism. How important is the „classic“ Art of Papua Niugini and the resulting inspired „Modernism“ for young artists today, in Berlin and in Papua Niugini?
3. Economic interests determine relationship between Europe and Papua Niugini: mining of gold, oil, gas, copper, extensive logging, land grabbing, tourism. The effects are partially devastating. Can / should this be the subject of art? How do we deal with it?
4. Despite the long past colonial era, the German influence is still noticeable in Papua Niugini. In what way this heritage is expressed today?
5. Artists and activists for environmental protection, cultural preservation and -development, gender, social engagement – How are local actors/activists intertwined? What role play the visual arts and intermedia forms of expression such as performance, music, film and theater, etc. in the everyday life today?
6. Papua Niugini is still extensively researched by anthropologists and ethnologists. What role does this play in the everyday life? How this is implemented artistically?