Ingeborg Lockemann comments on her sociological and cross-cultural observations in a public space on a reserved manner. Sometimes she only changes the contexts of objects and materials: For example, in the project „transfer“ various elements were borrowed from the city center of Bonn and rearranged in the Art Museum. After the exhibition the objects were returned. In another work, „A trip to Berlin“, a Yoruba figure borrowed from the Ethnological Museum Berlin for a short time took part in a city tour of Berlin. Mappings and city walks (for example a mountain tour through Berlin Kreuzberg using anarchistic texts) connect places and socio-political perspectives. In cooperation with Elke Mohr Lockemann develops performative actions referring to cultural History. Lockemann, born 1962 in Jena, studied art and theology in Berlin and Vienna and received scholarships / grants by DAAD, Künstlerhaus Schloss Balmoral, Cultural Senate of Berlin, Künstlerhaus Schöppingen and Goyang Art Studio Seoul as well as from Hauptstadtkulturfonds. 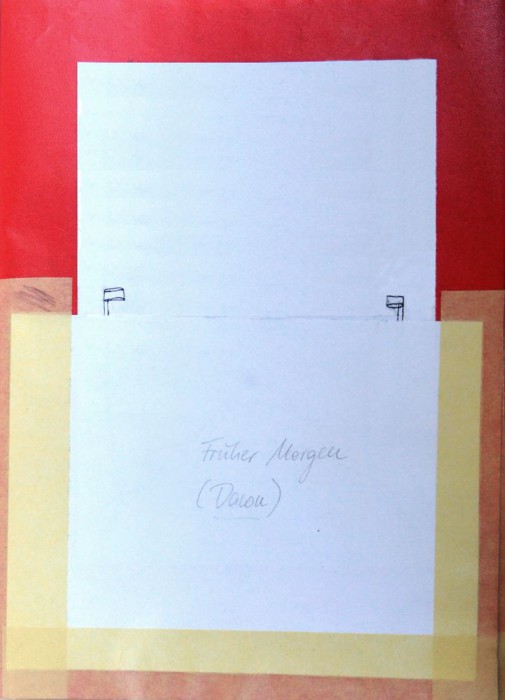 In 1914, the expressionistic painter Max Pechstein went to his „Travel to the South Seas“. Naturalness and incorruptibility, what he found, he idealized in this sense: „I see the artifices with which these aborigines decorates their bodies, to enjoy the self-satisfied changes of nature at first hand, the desire to the creation of forms. I see the carved idols, the trembling piety and reverence for the forces of nature.“ Pechstein’s own island life, however, was far less shaped by tremulous piety: He let it go well, all day running half-naked around, in the morning he already was awakened by a young Micronesians with a foot massage, and when he was hungry, a bare-breasted Micronesian brought him food, Pechstein raves in his notes about the permissive service: „The stone path down comes the slim Aod, ornately in her yellow black grass skirt, high-stretched her arm, on her head she carries a basket of Taro tubers for me; her breasts stretch in the air. II keep her right here to paint.“ Expressionism discovered the nakedness new, sexuality as a natural desire played an important role. However, it remains primarily a male art, the models primarily female, and the representations continue to comply with the usual clichés.

Pechstein´s numerous representations of women in the South convey an impression, that even then already corresponded more closely to his imagination than reality: The Women of the Pacific appear as nature-loving, friendly alluring and permissive beings, beyond of work and family, constraints and dependencies, they seem to enjoy only their very existence in the beautiful nature.

„I use the technique of the Exquisite Corpse and drew associatively on one half of the sheet, each thing I could think about related the following titles of Pechstein’s images: Women on the edge of the forest – Women at Sea – Dawn – Still life with Elephant – Woman while dressing – Woman at sea. The titles were reinterpreted from the perspective of a European city resident. I would be interested, how female artists from Papua New Guinea would interpret this titles – according to their daily lives and their life experience. You do not have to know the Pechstein images, they should not be used as templates, because it is important to find an own contemporary interpretation.“ 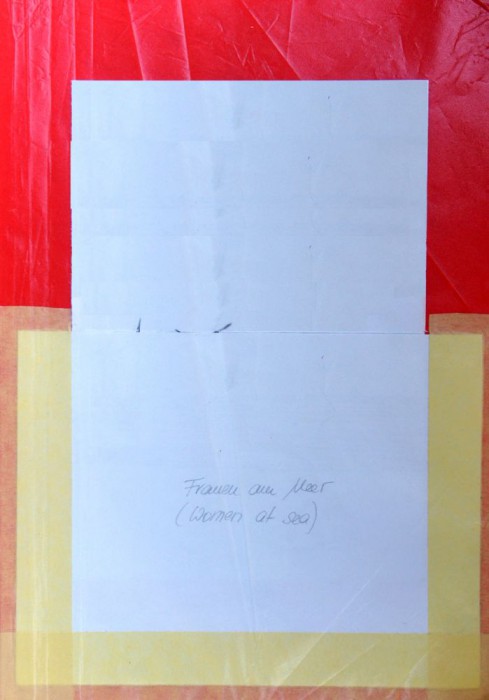 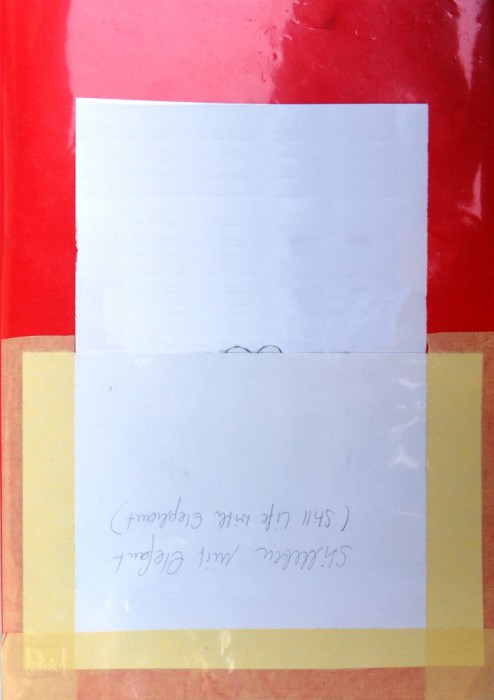 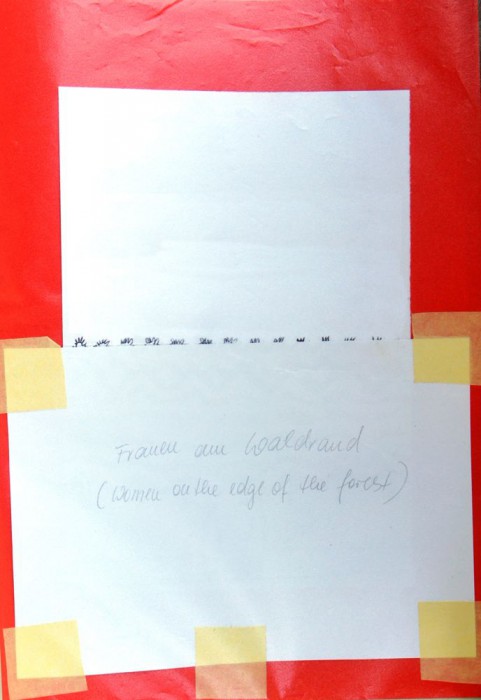